A group of satellites in earth orbit makes the Global Positioning System (GPS) possible. Satellite constellations transmit accurate signals, allowing GPS receivers on the ground to calculate and display location information to users. GPS is owned by the United States.

The invention and evolution of GPS

GPS was originally created as a military application by the US Department of Defense (DoD). The system has been active since the early 1980s, but was not available for civilian use until the late 1990s. Since then, consumer GPS has become a multi-billion dollar industry with a wide range of products, services, and Internet-based utilities. Like most technologies, its development is still in progress. Although it is a true modern marvel, engineers recognize its limitations and constantly strive to overcome them.

Advantages and disadvantages of GPS

The GPS owned and operated by the United States is the most widely used space-based satellite navigation system in the world. Russia's GLONASS satellite constellation also provides global satellite navigation services. SomeConsumer GPS devices Use these two systems to improve accuracy and increase the likelihood of capturing enough location data.

How GPS works is a mystery to many people who use it every day. These points may surprise you: 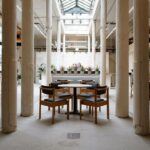 What are public records